You know the drill, Thuesday update! 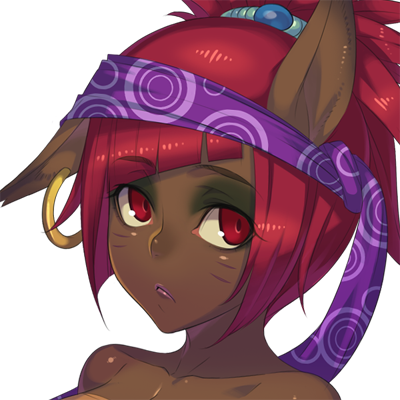 In the previous poll, you fans were asked who out of the new females being introduced in LoQO: Origin was your favorite, and thankfully 1789 people voted with no cheating this week!


Poor Ra'Tiki, having no boobs can't be easy...
Oh, and speaking of the little catgirl, today's upload is her emoticon - Normal Expression.
But of course, it's hard to vote for a favorite character when you only have looks to go on and don't even know how the characters in question acts or what kind of personality they have.

And for everyone waiting, the first beta will finally roll out later this week, I'm aiming for a Friday or Saturday release which should hopefully be enough time to wrap everything up.
People who supported the game on Offbeatr will be getting it through there, and anyone else who donated money after the crowdfunding will be getting a download link to their mail.
I hope new players will enjoy everything I have to offer so far, and that veteran players of the LoQO games will be pleasently surprised by the upgraded visuals and new game mechanics!
Posted by SweGabe at 11:00 AM 52 comments: 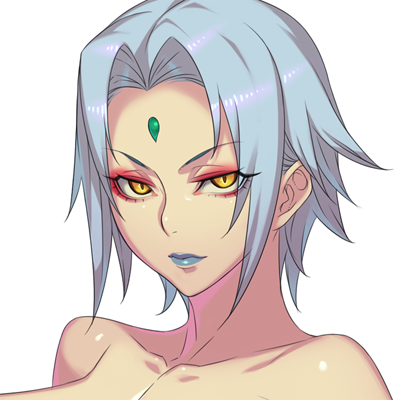 And to present the results from the previous poll, you fans were asked who out of the three original females in the LoQO games was your favorite, and this time 2518 people voted!


And before people scream bloody murder, yes, there was cheating this time too with Osira getting around 400 votes that won't count, which mean she is actually nearly tied with Opala instead while Farah got a huge win of both of her daughters votes combined!

This week I'm sharing another emoticon from the game, this time Laquadia - Normal Expression.
For some reason the original JPEG emoticon came out slightly grey and tried to download itself as a txt file when you clicked on it, so I've updated with the PNG version instead, should fix it! :3

Otherwise I don't have much news, beta is still coming this month, there are just a few things that takes ages to add and correct, been working two full days on the gallery alone, and that is even though I imported the LoQOII version and focused all attention on modifying the layout instead and better graphics...still took 12 full hours of pure work to add what "little" you can access when the beta finally hit. xD

And that'll be all for this week!

So it's time to present the results from the previous poll, you fans were asked what the most important act in an adult scene within the game was and 2349 people voted...it was really close between all options!

And on the side here is an sample of who'll be doing the portraits for the game, Seth.
He did a few bonus artworks for the previous game, but this time I hired him to draw all female emoticons, and might end up doing some of the male characters too.
What you see here is Gabrielle - Normal Expression.

Speaking about which, earlier I mentioned a kind of mini-game where you can make Farah expose her tits to stranger and earn a little pocket money in exchange, now I'm also working on adding a second feature that involves plenty of men, mugs and taverns...plus adding Gabrielle to the mix.
And the beta for this month is still on the way, I'm just working on polishing a few rough edges so the beta doesn't look like an...alpha build. (harr harr harr)

A little slim news week maybe, but more to come next Thuesday!
Posted by SweGabe at 1:00 PM 37 comments:

Thuesday update again, it almost feels like there is one every week!

So let's begin with the results of the previous poll as always, this time you fans where asked if you'd like being able to romance any of the two suggested "furries" listed in a previous update entry. 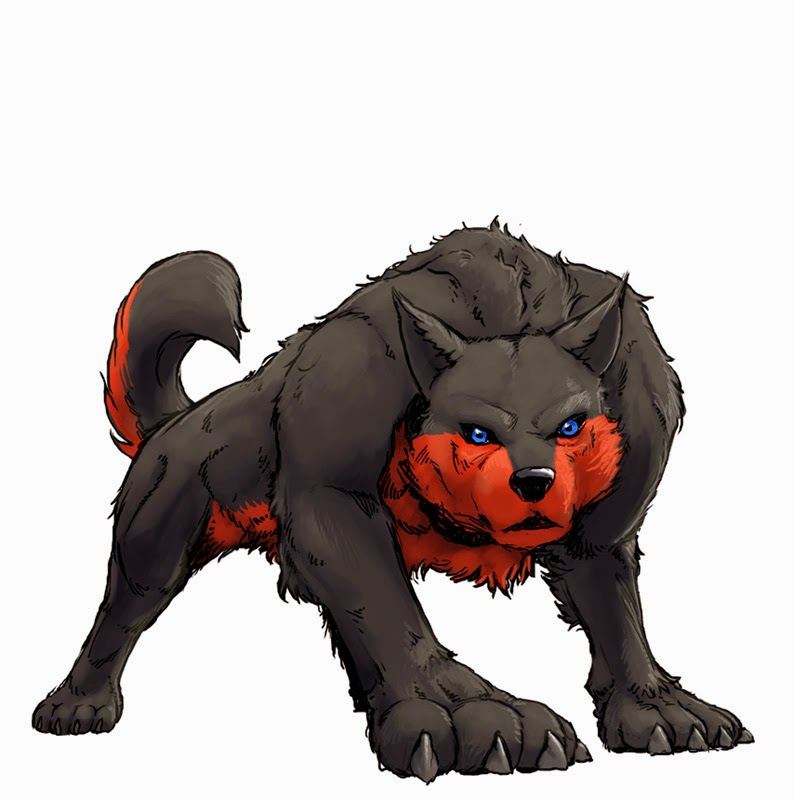 I wanted to say we had a record count of 8227 votes, but sadly one or more people cheated and rigged the poll with around 1000-2000 votes.

Since it's a bit harder to judge a clear winner with the cheating, I'd say the result was around 50-50 on if any furries should be available for romance or not.

Either way, the illustration this week is of the new species I'm introducing to the nation of the Beldorian Empire, they're called Magihounds and works as partners for knights in the Beldorian Forces, assisting them with spells for those knights who aren't capable of using magic themselves and being excellent trackers.

This specific one shown in the art is currently named Kythe and belongs to the protagonist, he will also be a partymember you'll gain on your journey!