Purchase LoQO figurines - WebShop
And/Or follow me on - Twitter
One more week to the milestone that is life, we're doing good, people

During the weekend, I released the latest beta and have spent most of the time since the last Tuesday to prepare for its release, but also doing more storyline work and map making, naturally!
Initially, the plan was for the protagonist to head into the Illusian Forest to locate and save Opala from being lost in the cursed woods after taking care of the second Iron Spire.
But seeing where the story is heading, I might have to go back and add the Illusian Forest arc prior to heading to the eastern region of the world, making looking for Opala the priority, or perhaps give the branching option to go after Opala or the second Iron Spire first.
From a story perspective, I sense the second Iron Spire sequence of the game is becoming longer than expected, and it feels kinda...odd, to leave Opala lost in the woods for a prolonged time. xD

And time to end another week with promoting some more animations.
Below is a screenshot preview of a voiced one with Osira and a pack of...invisible partners!
Don't worry though, there is a completely blunt and straight-forward version to enjoy too!
So click here if you want to support the artist, although be warned it's behind a paywall since adult content on Patreon isn't allowed to be displayed unrestricted.

See you again next week! 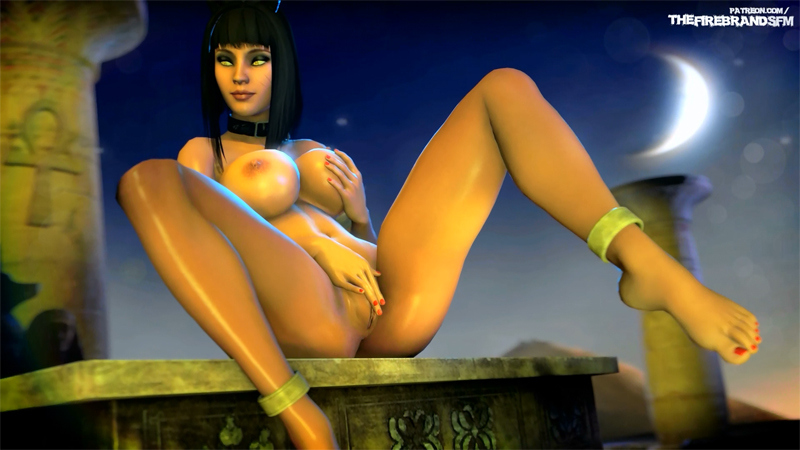 Guess this will be another boring update, I'm afraid...
I've only been working on storymode cutscenes past week as there are some big things happening around the corner, so I'll be releasing a new beta this weekend as I know a lot of the new cutscenes won't be in it and I'll need more time to make the next valid "pause" point in the story.
For example, the Darkthorn Keep or High Lord Gathering arcs of the story couldn't get a valid pause point during development since you are kinda stuck there until you go through with it all.
So that big chunk will be for the next beta after this upcoming one! :3

But the weekend beta will still have other new cutscenes, a slightly more flesh out beginning of the game, more International Edition CG's, a new full CG scene, a way for players to trade already earned titles for lewd boxes, inclusion of all the cosplay photos and more!

Followers on my Twitter might have a good idea what to expect today!
Due to not having a lot of progress to report as I've only been working on storymode cutscenes this past week, I was thinking of bringing up something called the "Dream Blight" that'll very much play a part of the overall story and may tie together a few plot threads in a surprising way.
But its also one of those things that'll be more fascinating, the less you know. ;3

The Dream Blight is a rare disease that strikes you while you sleep.
Very little is known about it, but rumor has it if you visit the Cathedral of Colussia at night when no one is around, and you listen really closely, you can hear the faint sound of crying children.
Unfortunately for you, this is also the first sign you've caught the Dream Blight, as you'll be found dead in bed shortly after, disfigured as if your body was trying to morph into something else during the sleep, killing you in the process... 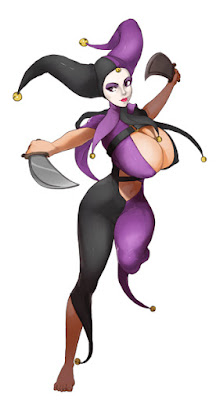 Purchase LoQO figurines - WebShop
And/Or follow me on - Twitter
Time to reintroduce you to Masquerade as her battlepose in the new art style has been finished and added to the game, and yes, that means that despite being an enemy, she too has a "downed" variation. ;D

Meanwhile, work on the story has been progressing pretty smoothly and I've finished my work with all cutscenes in Odidania while moving on to the next destination for the party! There are also a couple of more finished International Edition CG's I've added as well! So while a short but sweet update, it's still been a pretty decent and productive week. :3

I'll also be releasing a new beta sometime this month, can't say an accurate date right now, but we'll at least narrow it down to a more precise week in the upcoming Tuesday updates!

And with today knocked out of the park, I'll see you again next week as always!
Posted by SweGabe at 11:44 AM 29 comments: