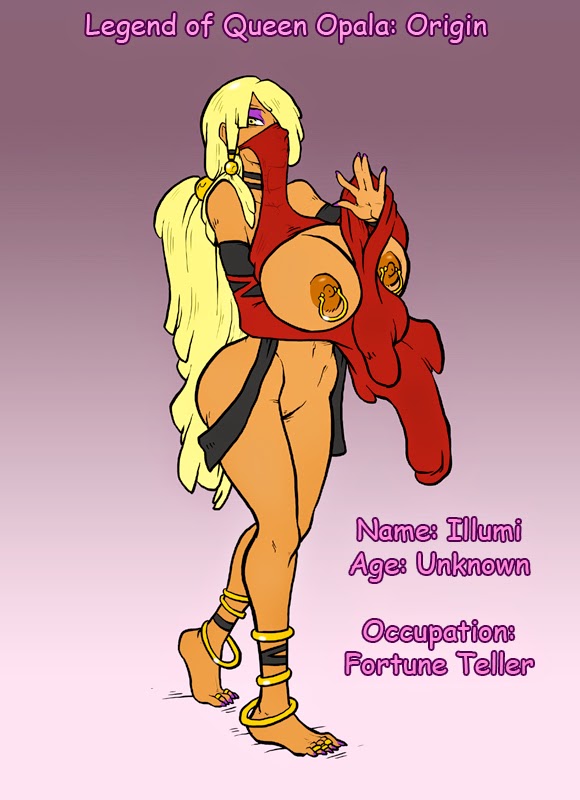 In the previous poll, you were asked which Legend of Queen Opala game had the best adult scenes, with 1096 collected votes!

So, I guess that made the results pretty obvious... x3

This week I have a new character to introduce, but whatever she'll be available for romancing or not remains a secret!
This mysterious woman who call herself Illumi will replace Fortuna from the previous games, and will act more as a guide for the protagonist, rather than just giving out secrets like her previous counterpart.

For the players, this basically means you can visit her at any time to get the latest clue for what you need to do or go next to advance the story, in case you forget! I thought that would be much more fun and engaging than just looking at a information briefing in a journal or in the options, but she will at the same time also be part of the main story, and not just be a optional character...

Tuesday update, and I got it right this week too!

So, in the previous poll, you were asked which Legend of Queen Opala protagonist you liked the best, and it collected 1288 votes!

Let's see, and I hope, if the protagonist in LoQO: Origin will beat them both in the end. x3

I also believe the next beta will roll out this Friday, with three new locations added, two new adult scenes and possibly with the Eastern Edition being activated and available!

I've also remade how scenes are unlocked, thinking back, it didn't really made much sense and spoiled some of the fun when you unlocked "entire" scenes at once, even if you didn't see everything those scenes had to offer when you first encountered it...this should hopefully encourage playing through the scenes multiple times more fun and rewarding.

I mean, more than it already is...right? ;)
So anything else I'll be able to add between now and then will only be a small bonus!

Sorry, nothing pretty and graphic to add with this update.
But I might have a new character to present next week, so stay tuned!
Posted by SweGabe at 12:55 PM 26 comments:

Tuesday update!
And damn straight, I actually spelled it correctly this week!

We'll begin as always to get the last poll out of the way, and this one was about which Legend of Queen Opala game you overall preferred, all things concidered, with 1384 votes collected!

I...guess it's pretty clear! LoQOII is concidered the overall best game out of the two so far, but there will be plenty more polls comparing these two in the upcoming weeks, with the current one active by the time this was printed is a challenge between the two protagonists.

So what is new with Legend of Queen Opala: Origin...?
The next beta should hit very soon, and again, it's not really much added content, more of a fix of every bug/glitch reported so far and a lot of placeholder graphics replaced with the real deal, though it will have a few more areas and one, to two, new adult scenes!

It'll also introduce a new, very rare enemy type you only have a 20% chance of encountering each time you enter a region through the worldmap, and zooming between maps won't do a thing.
Though you'll probably be able to obtain some kind of item that makes them spawn more frequently, or perhaps have them show up more commonly the further you get into the game, as these things will have a 100% drop rate for an object needed to unlock content at guilds you can access through obtaining titles.

And to round up the week, have a new screenshot taken from a cliff, overlooking the infamous prison Darkthorn Keep...but I don't think that specific outlook is final, I might add some clouds and such for the final version of the area.

The only thing fake about the screenshot is Farah's comment, that won't be in the game, sorry!

See you next week! 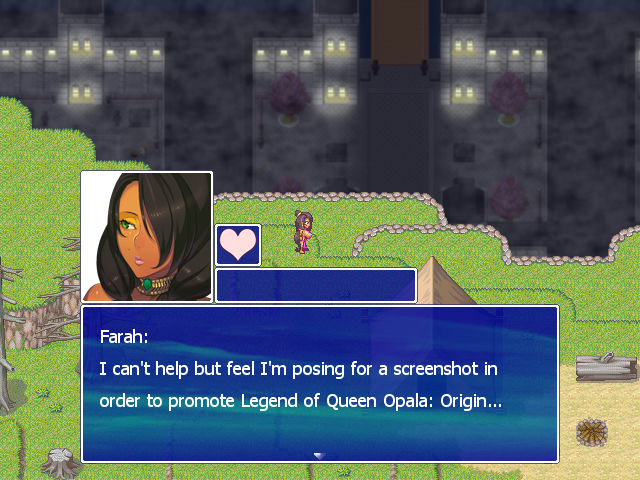 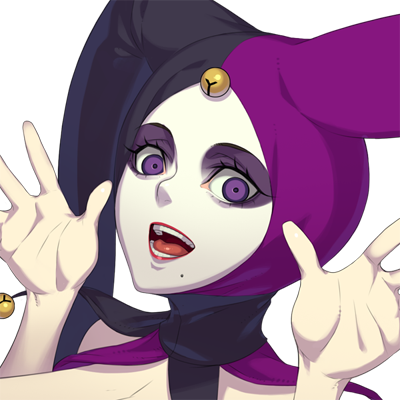 Last poll had me ask which one of all the male villains so far in the two LoQO games you liked the most, and it collected 1189  votes!

I should almost be surprised Lord Kross got so few votes...if he weren't such a douche!
And while there are plenty more male villains, most of them had such minor roles, such as Richter, Melforas and Eclipse...but hey, you can't hate them all. xD

So, for this week I'm sharing the last available expression, Masquerade - Normal Expression.
She doesn't have a lot of spotlight in the betas yet, but just like Ra'Tiki, it'll come, be sure of that!
This past week I've pretty much done nothing but improve on what is already in the game, had every reported bug fixed and done a ton of spell/grammar corrections.

Whenever the next beta releases, it'll have a few tweeks, one or two more adult scenes, and hopefully I'll be able to fully unlock the gallery so people can start tracking down and collecting those precious illustrations and get fapping! There should be around 50-60 of them, but you won't be able to unlock all of them at once of course, need to space them out some!

Site-wise, I think I'm starting to run out of ideas when it comes to polls...
So, don't be shocked if I can't think of something next week. ;P
But it had a good run, and I also believe we got most questions out in the air! 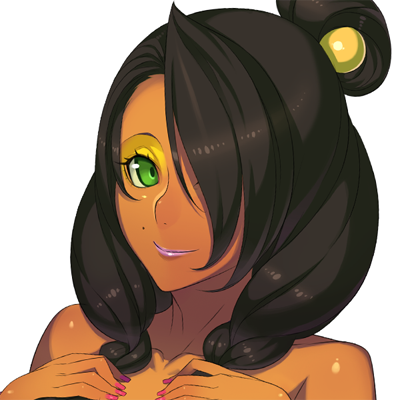 So in the previous poll you fans were asked who out of the highest ranked women was your top favorite, and this time we got 1679  legitimate votes!

Perhaps not too surprising or shocking that Farah won, and to celebrate the victory of the busty mother, have a look at her emoticon for the game, or well, a teenage version of her at least...

Farah (Teen) - Normal Expression.
The first beta has also been released as of last Friday to everyone who donated/pledged, and the overall impression seem pretty good! And at the same time, very few reported bugs...which really surprised me the most with how much more complex this game is, compared to LoQOII.

Next version is not too far away, it will sadly not have a lot of new content, just one more sex scene, one more location and fixes to every bug/glitch reported! But let me tell you...the premise for the next scene/location is the most advanced encounter I've scripted so far!
With a whooping 12 (!) variations that differ depending on choices made up to that point.
So yeah, that is one obstacle taking me a few whole days to get through. xD