I'm afraid I got nothing...but good news! :D
You'd think this holiday season would have me kick back and take it a bit more easy, but nope! Instead, I've been working really hard and even set a new record in my game development!
Normally, a full scene in the game takes about a week to make because it's very mentally exhausting (for some reason, hurr hurr) and it's not always the first draft will work out and need a lot of polish and additional work.

However...this week I've finished not one, not two...not even three, but FOUR SCENES!
Yes, since last update I've finished adding two mini-scenes and two full scenes in the game, that should hopefully make up for no new scenes appearing in the last beta.
There is no other explanation for this other than me having a mad dash of luck and all the gears in my head synching up perfectly, apparently! Not that I complain, of course, but it will be very hard to top it or keep the superb groove going for too long. xD

So that is four scenes, four different girls
Why, one of them might even include a "Lewd Latcher"...hmm! ;3
I promise to have something visual to share in the next update, so until then, Happy New Year!
Posted by SweGabe at 12:27 PM 43 comments:

Sorry for the kinda late update...?
But it's for a good cause as I just released the newest beta to my Patreon supporters, v1.10! :D
Been working very hard on that since last update with polishing up some rough edges, added more content such as legendary monsters, trading cards, illustrations etc, so it's been a busy week!

And it also seems like my latest milestone to add side-stories involving some of the female characters have been permanently met, so time to raise a poll to that achieved goal!

Besides that, it's a pretty light news week, holidays and all, surely. ;3
With any luck, Puta Bananas will presented during the next update, so until then...

I wish you all a Merry Christmas and Happy Holidays!
Posted by SweGabe at 1:05 PM 68 comments:

"I'll make him an update he can't refuse."

Support production of the LoQO games at - Patreon
And/Or follow me on - Twitter
Good and bad news for this week!

The bad news is that my computer behaved really strange when I turned it on today, it loaded forever and got stuck on a black screen with just a mouse icon for a good 10 minutes before the password input screen came up, followed by loading the dashboard which also took 10 minutes and looked...different, almost as if the desktop icon was in safe mode while the rest of the background, icons and resolution wasn't.
Rebooting then had everything but the background wallpaper disappear, took another ten minutes before finally shutting down - but thankfully everything was back to normal when it started up the second time.

Nonetheless, I don't know if this was just a rare hiccup or if I should be concerned, but I'll rather be safe than sorry and have decided to back-up pretty much everything so the loss would be minimal.
No worries about the actual game though, I back that up several times a day! ;)
The other bad news is that I won't be able to wrap up the Warrengard arc before the next update, so I'll have to be a tease and cut the content short right before the second, added boss fight.

BUT! On the good news, progress has still been going well over the week! A new way to obtain illustrations has been added in the form of altars, a form of pilgrimage you accept to do for a religious group once you find your first altar...they are called Heaven's Gape and are an exiled, religious branch of The League of Perverts, formed by Master Bation and Va'Geena to worship the Goddess of Fertility, Genithala.

So that's all for this update, next Tuesday will be the release of the new beta as well!
And I'll leave on a high note by sharing a preview of a Laquadia cosplay photoshoot. :D 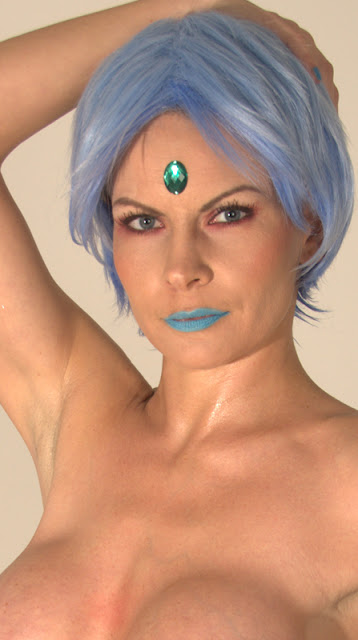 Monthly poll results time and the question for this month was which level your main character was by the time you finished LoQO:O Episode I, with 1382 votes gathered!

I'm pretty impressed 41 gamers actually took down the bosses while being below lvl.10, especially the "infamous" bridge blocker. xD

As for game progression, the Castle Warrengard arc is almost finished with a second boss fight being added along with polishing and making sure all the additional areas are completed as well.
I've also begun the excruciating process of replacing every old ME with newly composed ones, AKA inn sleeping, finding illustrations, unlocking content etc. jingles.
It's not as simple as just replacing the song file in the system, but instead I manually exchange them in every single location they are played, it's this mentality that ensures my games are rather low on the bug count...slow and steady wins the race, and all that. ;)
Although I may have to hold off on changing the titles unlocking melody until after the December the 20th beta is released since it'll take a ton of time/work.

In other news, I think it's too soon to tease any specific details yet, but know that the next character preview you'll likely see here within a month will be the introduction to Festival Island's new owner and mascot in the LoQO series, Puta Bananas!