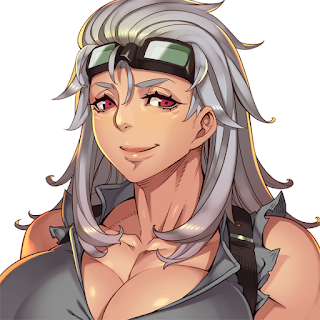 But probably anyone could do the same, because it literally has been a week since last Tuesday, why, it's almost common sense at this point. And while I still feel a little iffy and doing my daily coughing routines, I do feel a whole lotta better compared to last time I did the blog post.

Even clawed myself back to the computer to get some proper work done too in form of a couple of additional trading cards finished, Behelda and her Peepo sidekick implimented to Castle Warrengard and a tiny dialogue extension between Duchess Lynevere and Zweibelle at the temple in Kahr where you can attempt to talk with Lynevere before going down into the maze and uncovering the secret beneath.
Speaking of Behelda, have a sample of her default expression emoticon you've surely already looked at once or twice by now as well! Oh, and while I certainly didn't take my sick week into account, I'll still be releasing a new beta on Thursday. :3

And with that, I can tune out until next week update!
Posted by SweGabe at 10:29 AM 9 comments:

Under normal circumstances, I probably would've passed on making an update today...
But Tuesday gotta be Tuesday, yo! And its only a weekly update if its done weekly, dammit!

It was a very smooth early ride with me finishing expanding the exterior of Duchess Mansion and being in the middle of adding a recently finished CG Scene in the International Edition style... Theeeen I caught the worst cold I ever recall having and been absolutely floored since then.
It was the worst over the weekend and I'm still sick at this very moment, but I do feel I've overcomed the worst and that it has turned around, so I fear I've got nothing else to report.

Still gonna have a few more sick days, but I should be able to get more done by next update!
Posted by SweGabe at 8:41 AM 10 comments:

Feels like I barely got anything done in that time...although, that isn't quite true since I've colored some more trading cards, updating the Art Gallery and finishing the sidequest "Snap: Paellicia".
I'm also currently in the process of expanding the Duchess Mansion map for the idea of having a "Snap: Lynevere" sidequest where you as a proud Crusader and hero of the Beldorian Empire take on the dangerous mission of crawling through the Duchess's bushes at night, in hopes of getting a compromising photo of Lynevere...no innuendo with that line...uhh...she shaves?

But I think that's about it of what I have to report for this week, and I may as well release another beta near the end of the month too, even if it'll just have two new sidequests more or less.

Alrighty, have a screenshot preview of how safe cracking now looks!

The updated mechanic has already been fully implemented and a new safe added to Odidania so even those who already cracked all of them get to sample how it'll work from now on.
The audio cue you hear when a correct number is hit will likely make it a very easy mini-game, but maybe I'll have a more difficult variation come into play later in the game where that audio cue is removed and you'll have to rely on visual hints instead...we'll see!

I've also finished the sidequest called "League Invitation" and renamed it "Sharing is Caring" that will lead into another one called Snap: Paellicia, which was a previously unfinished sidequest that were very briefly available in a short-windowed beta before I remembered to remove it.
(If you already activated it before, it won't glitch or bug out anything)

Thus, this update is over and I'll see you again next Tuesday! 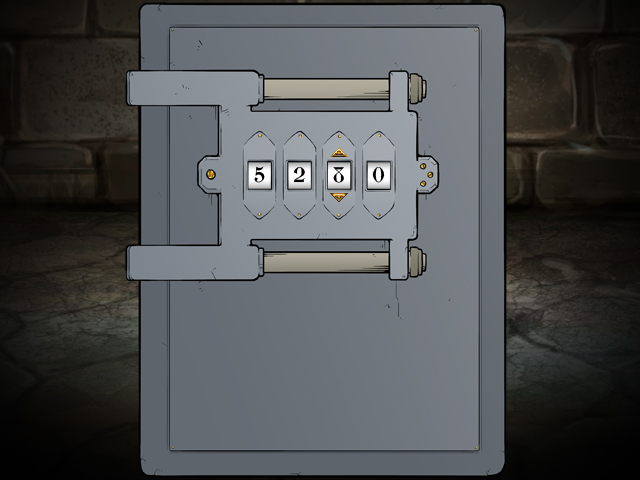 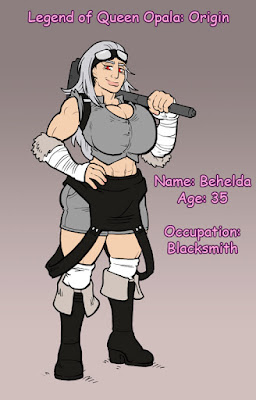 And here she is, Behelda (the behemoth) who'll be setting up a forge in Castle Warrengard after the Blackgard Stronghold arc! She is Dream Weaver Helmir's granddaughter, a highly skilled and confident blacksmith who can take care of herself, running her own business with a Peepo helper she won during a visit to Festival Island. A running gag with her character will probably be a button of Behelda's shirt always blasting off like a bullet everytime she flexes her muscles.

In other news, the newest beta went up during last Sunday and the work I did before then was spent on further polishing the new content and make sure there wasn't any huge issues. I'm also completely redesigning safe cracking into a more engaging and fun mechanic than just looking for random spots in the area for the code, but rather have you turn the combination dial and listen for audio clues to get it unlocked. (With a visual aid upgrade becoming available later as well)

A preview for that will be available next week, while I for today bid you sayonara until Tuesday!
Posted by SweGabe at 7:20 AM 31 comments: