Anyhoo, this week I've got more work done as I jumped over to work on the worldmap.
The southwestern portion of the world where the Land of the Savages is located has been completed with the intention of being able to sail along some of the coast, although none of the main inland portion will be visitable since that is best saved for a potential LoQOIII.

And unless the size proves too much to load with frame-rate issues, I'm also thinking of adding the entire continent of Namaria to the worldmap with players being able to re-visit a small selection of previous locations from LoQOII, such as the port of Tel Ravida, Festival Island and some of the isles, but mostly to better show where that landmass is located in relation to the Beldorian Empire.
It's only an idea so far, so I'll give some confirmation on that later!

That's about it for this week, tune back in next Tuesday for more!
Posted by SweGabe at 3:28 PM 4 comments:


You thought only the japanese tanuki had huge balls? THINK AGAIN!!

But sadly when it comes to development, my muse is still drunk and I'm struggling to get this third cutscene right as it's quite important and sets up where the game will take place next.
(Spoiler: Frozen Continent and opening up seafaring once again!)
There has been some real-life stuff stealing some of my focus, absolutely nothing bad to worry about, and I've already overcome it so I hope to have my mojo slowly return to me, sorry!

So, enjoy the huge, furry balls and I'll see you next Tuesday! 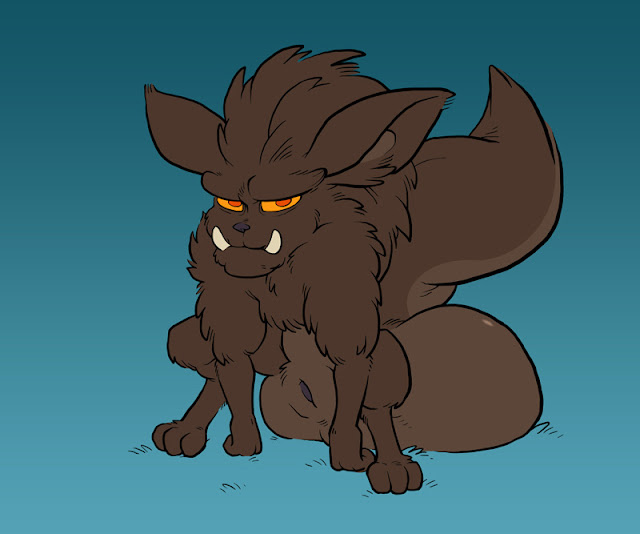 
And here, down below, is a preview of that species I mentioned last week!

I probably gave these critters way too much thought and lore than what the basics would need, although that is what happens when your inner perversion suddenly get unleashed!
While the species co-exist in the same forest, the genders are seperated with the females called Nimpi, curious but shy creatures who are excellent climbers and live among the trees where they use their huge ears to glide between branches, much like a Flying Squirrel.
The male counterpart called Nompi that lives in burrows on the ground will be revealed next week!
The species will likely be an optional encounter I have some really fun ideas about, and give you the chance of "capturing" one of the female critters to keep as your pet.

In more development oriented news, I've unfortunately not made a lot of progress since last update. My muse has been a bit iffy so I've only finished those two cutscenes mentioned before and begun work on a third...but hey, the fourth will be including the first CG Scene for episode 4, so I better whip myself into shape!

And with that, I'll see you next week as always! 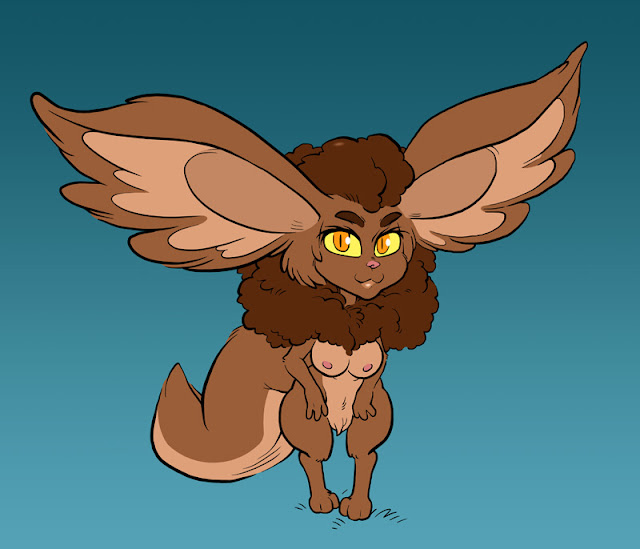 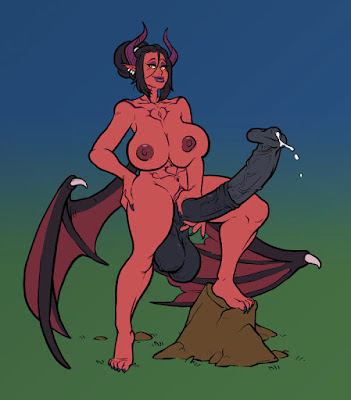 Alright, this probably need some context so people don't freak out.
One of the perks of being a Dream Haunter is being able to morph yourself into other people/creatures to mess with the host/hostess of the dream, so I figured it wouldn't be a stretch if Naacia could summon a demonic dick to punish girls for their sins.
So she has no reason to have one when she encounters the protagonist, although if she were to haunt one of the female character's dreams...well, it's ON. >D

In more development friendly news, I'm having a bit of a slow start but making progress with two cutscenes I'm currently working myself through to set up and execute a dark turn just around the corner.
I've also been brainstorming and plotted out a lot of what's coming up, which includes two more CG Scenes that will be rather close to one another and a new species I'll likely introduce next week.

But with that, I will zone out and be back next Tuesday as always!