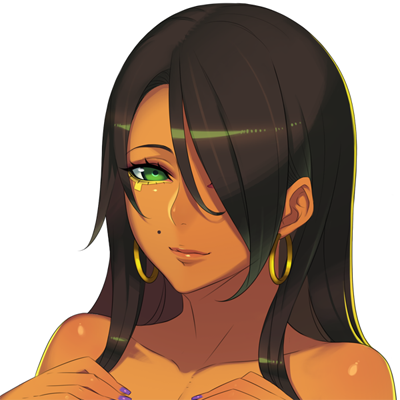 In the last poll, it was asked how you'd deem the text description placement during the adult scenes, with 1008 votes gathered!

The results surprised me a little, I was getting the feeling the text blocked too much of the scenes, but it sounds like I was among the minority!

And this week the expressions to share is, Farah - Normal Expression.
Surely what people have been waiting for all along, the adult and motherly version of the woman you get to lecture and train on your journey...depending on your choises of course!

As for LoQO: Origin progression, the town of Brightstone is finally completed and the last explorable field with monsters is currently under way too, after that is done, only three ranches/farms/mansions remain before all explorable locations in Episode I is finished! I think that makes it around 28 explorable locations, more or less the same amount as the whole Kingdom of Namaria map (before ship access) in LoQOII.

Sorry for the light update, but I've catched a cold as of today so I'm a little thick headed. x3
That's all for this week!
Posted by SweGabe at 12:11 PM 21 comments: 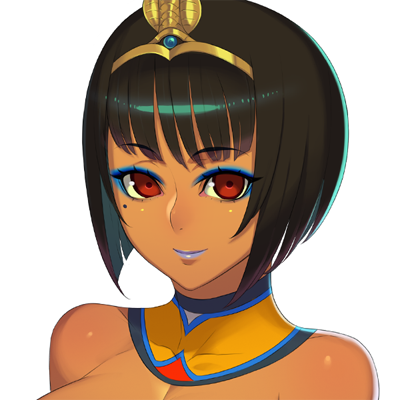 In the last poll, it was asked who Trading Cards should focus on in the upcoming game, with 1434 votes gathered!

How nice of people to be thoughtful enough to let poor Gabrielle share the loads she otherwise had to take all alone, with the other girls. ;)


This week I have a new expression to share, Opala - Normal Expression.
And she sure has been growing up across the games from the carefree Queen we saw in LoQO to a determined young woman who had to reclaim her nation in LoQOII!

As for the progress on LoQO: Origin, I've been working nearly a week straight now on finishing the noble/political town of Brightstone...I was a little worried at first with how long it's taking, but then again, when I released the first beta after nearly 6 months of work, Port Ronod wasn't even fully completed with missing indoor NPC's!
Towns/Villages naturally takes the longest time to complete among all locations, since I'll not only have to build the places, but also add all the looting spots, stores, NPC's and all of their text.

I'm also introducing a new collectable, gone are the Tablet of History since they are no longer serving a purpose and Ancient Pages due to unlocking enemy stats by simply fighting them, and replacing them instead are Dimensional Shards you'll have to collect for Illumi to help restore time and space...and maybe get on her good side at the same time!

However, the next beta might force players to start over yet again...but for a damn good reason!
I came up with a way for the game to track progress in each individual zone without using a ton of different triggers/variations to tax on the engine, the problem is it can't track what you've already done before it's added to the system.

But I think it'll be worth it, since it'll allow you to check if you have 100% in a zone, meaning you've found all treasure chests, Ruby Coins, mined all ore deposits etc. in that location. 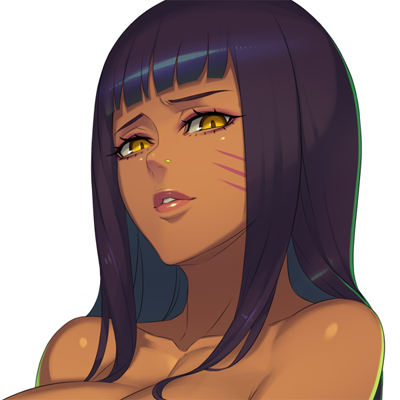 In the last poll, it was asked which Legend of Queen Opala game had the best ending, with 871 votes gathered!

So, that is one the original game actually won for once!


Sure, it was close, but hey, you take what you get! xD

And this week I have a new expression to share, Osira - Normal Expression.
The wicked sister who is always looking to obtain the throne of Egypt and rule as the Queen.
Of course, Opala and Farah will come in the following weeks!

As for the beta, the huge scene I've been whining about for weeks, the one with 12 outcomes, is now finally and fully completed with everything added and all variations finished...included the extended scene that'll be available with the next beta version, whenever that might be!

Still have to work on finishing the remaining areas in the next region after Highland Pass though, I think it might be the last region too for episode 1 as it would make for a good stop point between episodes as the game already has 27+ locations to explore and I could use the remaining time to just add content to the places available so far.
The rest of the story for the episode is also all planned out in my head and just needs to be added to the game. :3

It really is way too early to say, but if I had to take a wild guess...
I'd say Legend of Queen Opala: Origin - Episode 1 could see a January release, early next year.

But that's all for this week!

In the previous poll, you were asked which Legend of Queen Opala game had the best story, with 1040 collected votes!

This week I don't really have much to report...

The production is currently at a state where I have to finish creating a bunch of new areas before I can continue building upon the story, such as the noble town of Brightstone and the haunted Hollow Gorge, where a terrible accident in the past turned the region into a dead zone.
I hope to give it the creepiest tone I've done so far...but you can only do so much with the RPG Maker engine to make things scary, so I don't think it's going to frighten anyone. x3

On the side, I have three more portraits under production, along with one more battlepose.
If none of them are ready for next week, I'll instead show the second version of the protagonist, out of the four that people will be able to select between when they start a playthrough!
(Either the initial one or any of the infinite New Game Plus runs)