As mentioned last week, the latest beta was released over the weekend!
Most of the work I got done before then was finishing off the Skalhalm arc and polishing that area.

Other than that, there really isn't much else to report on during this update.
Althought, there is a ton of stuff in store for you around the corner, so I'll be able to shed some more light on that next week instead once I've dived deeper into that end and can better explain it!

So expect next Tuesday to be far more entertaining, I'll see you again then!
Posted by SweGabe at 2:00 PM 16 comments:

Geez, and I complained about the hot weather last week...that was nothing!
But as bad as things are, I'm still fortunate enough to not live in one of the large areas currently having wildfires spreading across the forests, something that seems to be happening to several EU countries right now with Greece getting the worst of it.
Summers just suck, that's about all that can be said.

In more uplifting news, what is this you see at the bottom...?
Remember a while back when I was talking about trying to see if I could have summons added to the game, in the way it works in the majority of Final Fantasy games? Well, that little sample is frame 64 out of Roseus' summoning animation! Although, don't be too excited since I've not had the time to see how it'll all work out in-game yet, I'll do that once I get the next beta out which will be released this weekend!

Speaking of which, I've made a lot of progress and is currently working on definitely the last cutscene of the Skalhalm arch, as I decided to extend it slightly beyond what was planned.
I also have two more mini-games planned, one might make it into the weekend beta, but no promises as it'll be the last thing I do after I know everything else is polished and taken care of! :3

And with that, we'll meet again next Tuesday while the newest beta hits this weekend! 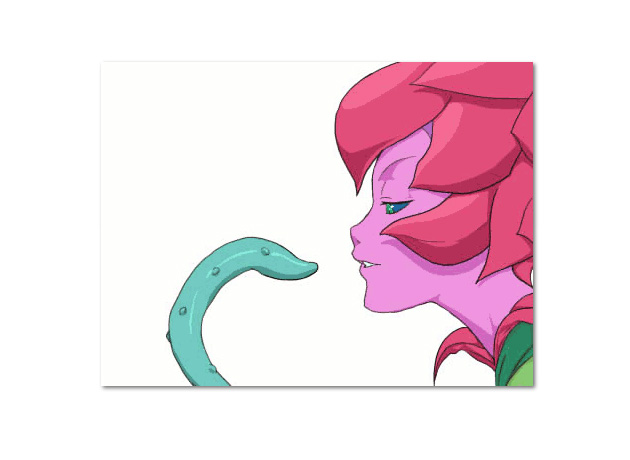 I was going to write something witty here, but it's just to 'effing hot to think straight!
But that's just how Sweden is right now since last week, the water in the toilet is boiling, cows running around on fire in the fields, the supply of surstromming growing way out of proportions, IKEA having a sale...It's a lawless wasteland out there!
(Some or all of those facts might be false)

Anyhoo, despite it all, progression is coming along smoothly, if a bit slow due to the heat.
Mostly I've been working on the last main cutscene taking place in Skalhalm, where you're facing a new character that so far has only been teased in these updates, before it's done and the next beta is ready for release! I don't think it'll be this week as there are some polishing I'd like to do and double check as well, but next week for certain!

So I'll see you guys next Tuesday again, be sure to drink a lot of water!
Posted by SweGabe at 2:11 PM 23 comments: 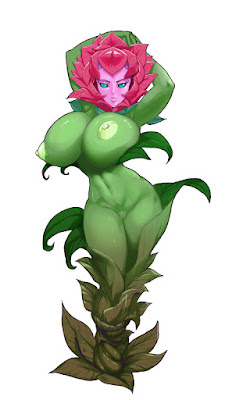 Let's begin with getting the perfectly normal, huge breasted, flower out of the way; Yes, the new battlepose for Roseus has finally been made and will also come with a downed variation, like all the others!
In hindsight, people might think her concept was inspired by one of the Digimons, but that would be inaccurate as the original character she was based off was none other than the wonderful Sunflower from Conker's Bad Fur Day, and that game's unique take on the of...ehum, "trampoline" trope.

In other news, all the maps for Skalhalm has been completed and is only missing interractable objects and a few additional cutscenes before that arc is wrapped up as well!

The international edition artist is also making progress and have currently finished 2/3 of all the illustrations required before he has covered episodes 1-3 and catched up to the other artists.
With the current timeline, he'll be done before the release of the current episode at the end of the year and won't delay anything.

And with that, let the Tuesday update come next week as always!

I have to confess right away...
GamesDoneQuick that was on the entire last week did distract me enough to slow down work, thankfully it's only on twice a year, but always is a source of enjoyment I can't ignore.
Nevertheless, I've still been tinkering on Skalhalm in the meantime and added a bunch of maps, related to the location and its story arc.

T-That's about it really for this update.
Although, I can announce the next beta will be out this month!
One of the main features since the last beta, besides added story, will probably be the CG Gallery being updated with a bunch of missing illustrations from already unlocked scenes and having the latest one with the protagonist (which was teased in the previous beta) being finished.

And with that, may the next Tuesday come one week from now as the azteks surely predicted!
Posted by SweGabe at 1:45 PM 35 comments: