Let me begin with re-capping, in case some people missed the extra update announcement I made in the middle of last week - the storymode in LoQO: Origin - Episode I is officially completed and the finished episode will be released for everyone later this month on the 31st of August!

And it really has been a productive week, best one in six month!
Besides finishing the storymode, I've also managed to add several sidequests, one more mini-scene and some more collectable illustrations/trading cards.
Between now and the release date, I'm really going to try and pack the game with as much content and polish as possible to make it the best experience I can for those who've been waiting. :D

And with that, I'll share a screenshot from the game.
What you see is me playing as a wolf in Beastman Mode, wearing the default outfit and visiting a house in the city of Brightstone during nighttime. :)

I'll see you again next week! 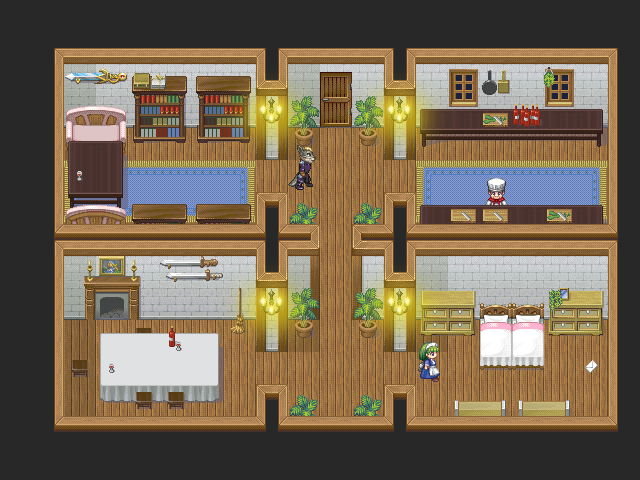