It's a me, Tuesday update! 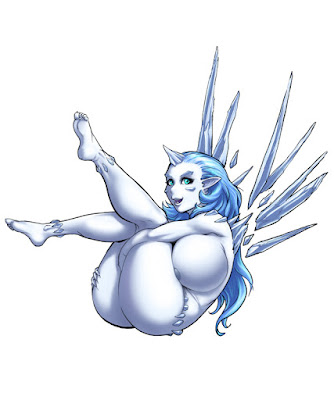 So Offbeatr has finally died...
But I managed to warn people in time and has spent the majority of last week doing nothing by replying on mails for hours, who knew processing 400+ people across a few days would be so much work!

Well, at least no one can accuse me for not trying to solve things screwed up by the website, I'd like to think I handled things as best as I could, given the situation. :)
But enough bitching, let's instead get straight to the...erm, kitching?

Noble Plains, the region Brightstone is located at, is getting a new location along the western shores named Whitehaven, it'll be a small port connecting the area by sea with Port Ronod.
So that's where I've spent most of my game developing time this week, but also preparing for Black Dame to make another appearance, along with giving her a new look so she fits all the other female characters, as she've been using a random place holder design until now.

And let's end this week on a high note by sharing Kristallia's battlepose, the tiny and mischievous crystal fairy from the Northern Continent you'll be encountering on your journey! :D
Posted by SweGabe at 9:34 AM