While all the new females have been introduced, there are still a bunch left from past titles who'll reappear again, and first out is the main villain from the very first Legend of Queen Opala! 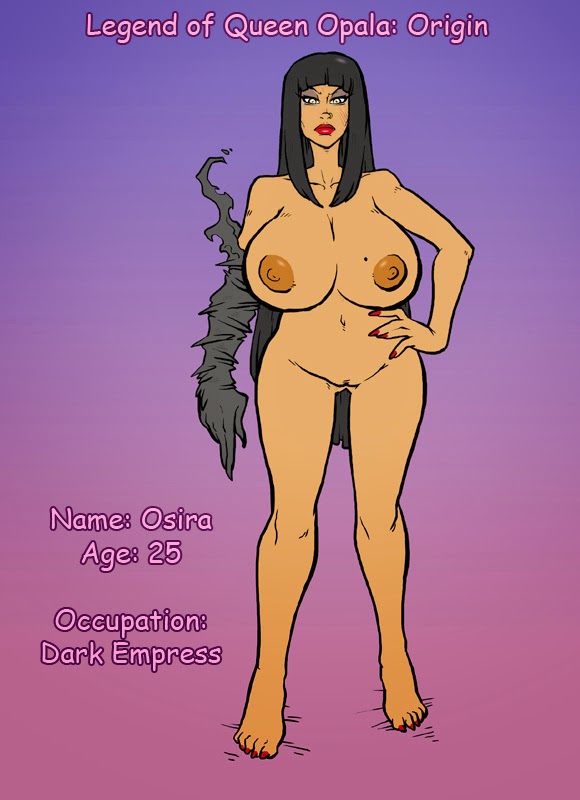 Self-proclaimed Empress, Osira is one of Farah's daughters and the older sister of Opala.
Filled with jealousy in her earlier youth, Osira tried to assassinate her sister to be sure she would inherit the throne of Egypt.

But she was foiled by Opala's pet panther, Sebastilion, who left her with claw scars across her cheek, a constant reminder of her failure.
Since then, Osira escaped to Greece where she made a pact with the Serpent God, exchanging her soul and offering her body in the afterlife for magical powers.
The catch is that her magic isn't unlimited, and can only be refueled by absorbing monster essence, or in less flattering words, monster sperm.
And ever since, she has gathered all kinds of creatures in her lair to one day claim Egypt for herself.

Her plans were foiled by the protagonist Jake in the first game, and betrayed by her newly acquired allies in Legend of Queen Opala II who were supposed to help her capture Opala and Farah, but instead ended up only using her for their own plans.
Posted by SweGabe at 10:08 AM