And time for the last "new" female for the LoQO: Origin character unveil! 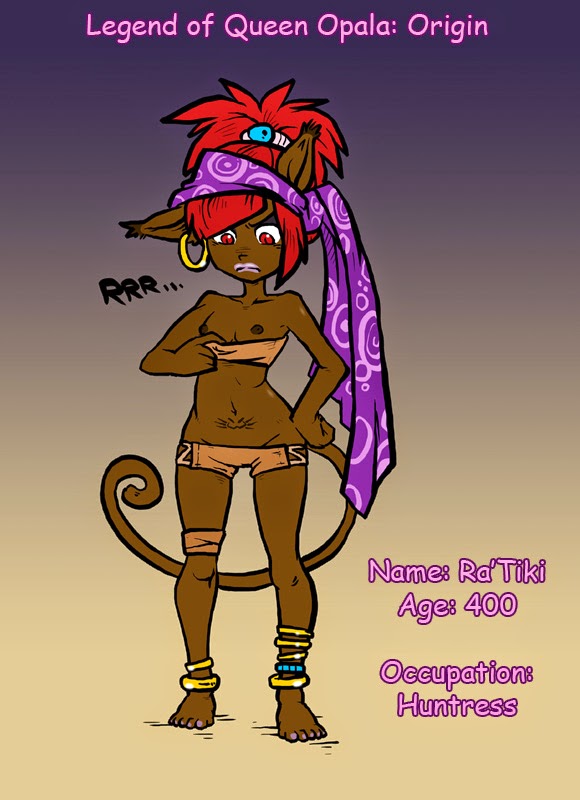 Ra'Tiki is a catgirl from the all female Tiki Tribe, natives of the woods and forests who usually also are great huntresses and shamans.

Despite her small frame and just being half the size of a normal human, Ra'Tiki is quite the adult tomboy with a fascination of mankind and their incredibly short life span...well, short compared to her own species who lives for thousand years.
But she does at the same time despise humans for their lack of respect for nature and what the earth gives them, this fear and interest has made her avoid all human settlements and cities/town.

Ra'Tiki will be a character you meet on your journey who'll be joining your team as a spell caster.

But those will be women that were introduced in the previous game, three which were already in the original Legend of Queen Opala as well.

I'll finish off this week's unveil by advertising another game currently running a Offbeatr project.
It is a monster breeding kind of game, but you'd probably better find out all the details on your own, I thought it wouldn't hurt to help out a fellow adult game studio!