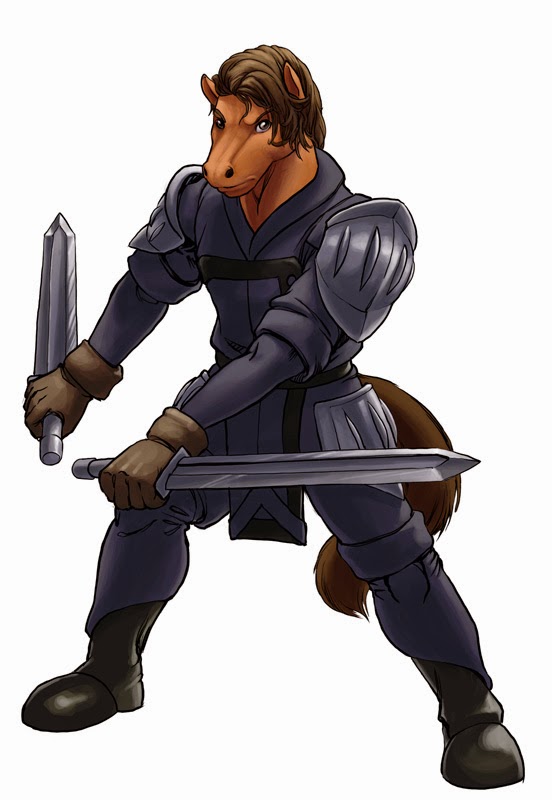 Tuesday update, baby!
Support me and production of the LoQO games at - Patreon

They're still at it, but I think I can finally see the light at the end of the tunnel as the drillings have calmed down in intensity this week, so hopefully they're all done soon!

And for this week, it's time to introduce the last one of the three beastmen on offer for Beastman Mode, the stud! So that makes it Wolfman, Bullman and Horseman! Who would you play as, unless you want to go the safe route and play a regular human, who comes both in creamy white and chocolate black? x3

While I don't feel sharp enough to add any story to the game due to the impressive lack of sleep streak, I have been working on it nonetheless with some other things.

Whenever the next beta hits, it will at least come with all of Masquerade's recorded lines added to it, a few more titles and the added feature of finding, unlocking and changing into different costumes that will both change how characters look in battle, and also their sprites.

While the protagonist is currently not planned to get any extra outfits besides the ones you naturally unlock throughout the story, the female partymembers will all have a minimum of one optional costume each to find in episode 1.

Lets call some of these outfits...Cavegirl, Woman With No Name and Minotaur Queen. ;)

That's all for this week, stay tuned for the next one!
Posted by SweGabe at 11:14 AM