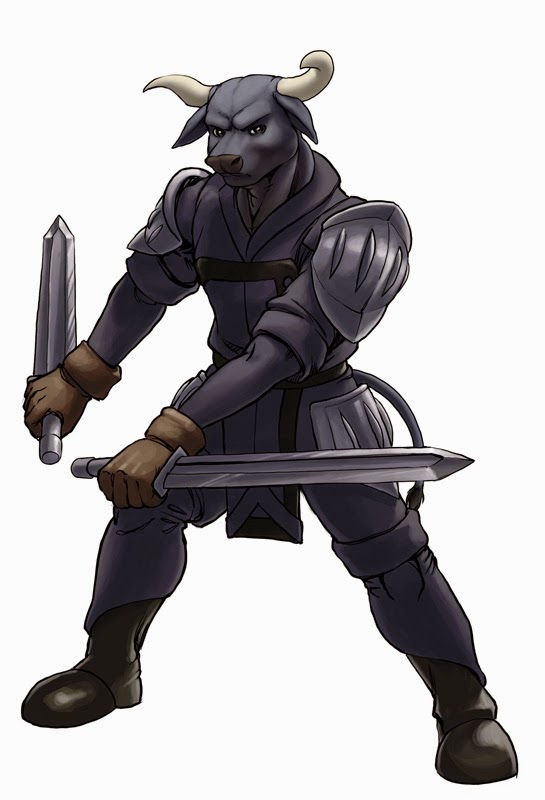 Tuesday update, aww'yeah!
Support me and production of the LoQO games at - Patreon

The race is on - will the drillings stop or will my mind snap first? Who will come out victorious!? But in all seriousness and trying to hold back the whining here, I feel very grateful there will only be three more weeks of construction work going on in my appartment complex, at most.

Sadly I haven't really been able to do anything with the game this week either, which likely will be a repeating tale until I can sleep properly, so I've only done some bug fixing from the previous beta and supervising content being created for the game by other people, such as the beastman mode illustrations, battleposes, pixel sprites, and of course voice recordings.

Speaking of which, this week I'm introducing the bullman choice out of the three beasts that'll eventually be available! Now, this guy would be of the same species as another bull I showed before, the Val'Toras who'd be an ally of Osira.
And thus, only the horseman remain!

(EDIT - Just a small mentioning that the model scout and photographer working with me to make the cosplay photoshoots happen goes under the name Radim Klímek, if anyone was curious!)

See you again next week, and thanks for enduring this tough time with me!
Posted by SweGabe at 11:42 AM