Aaaand I ran out of quotes...honestly, I'm pretty sure I repeated a bunch of them too. xD
But more importantly, the public release date for LoQO: Origin - Episode II is still scheduled for April the 8th while the Patreon release date is April the 5th.
I've spent this extra time on adding a few more side-quests and polishing the current content to make sure the release will hopefully be without bugs, and not Mass Effect: Andromeda, hey-oooh!

Oh, but would you like to see some more animations be promoted?
Here is another voiced one with Osira and a very loyal and restrained minion, so click here if you want to see why monsters happily follows their Dark Empress around! (No paywall! Promises!)

And as we see each other again during the next update, episode II would be out! 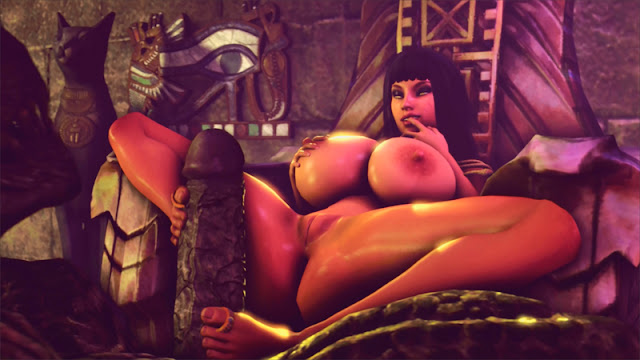