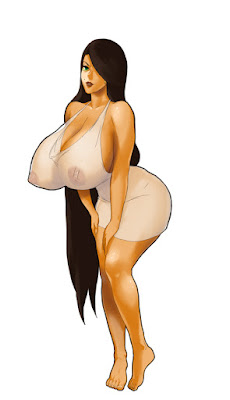 Well, I mean...Adult Farah probably won't be joining any battles unless she is a full-fledged temptress class, but she'd still need a pose, just like everyone else, so she can show off her divine assets that made Egypt into the god worshipping land it was once during a glorious era!
(In my perverted, fictional take that is)

But yikes, the end of the month came out of nowhere! And since this is the last week, I can't do much else than announce the next beta will be released this weekend...I just hope I get the last things done before then, because I seriously didn't notice the deadline coming up so quickly.
I'll probably need to cut the full CG Scene I was meaning to add as I won't finish it in time, so be sure to keep a save of before or after you clear the second Iron Spire that'll be in the update so you can reload and watch that scene once it's added!
Everything else will be just as intended though, a new mini-scene in there and none of the content is rushed.
The second story-related area has a lot of optional conversations and I'd like to blame those for me not being done already as I got a little carried away. ;P

Anyhooters, see you next Tuesday! One beta release later!
Posted by SweGabe at 1:49 PM