Alright, now when we'll never speak of that again, I can say it's been a really productive week! :3
While I've decided to go back and edit the cutscene I mentioned last time, an extended version probably no players will see on their first playthrough as it'll only play out under certain conditions/choices, I've also finished the outdoor map of the next village location you'll be visiting.

Originally I was going back to add the whole Illusian Forest portion of the game where you save Opala right after destroying the first Iron Spire, but it has to take a backseat for just a little longer as the current sequence of events is a bit of an requirement on my part since I decided to remake the cutscene where you catch up to Van and get Farah back.
Sadly, I can't say why you're visiting this village, you'll have to find out yourself when you get your hands on the next beta...although, I could say it involves a character appearing for the first time, one who was in turn revealed quite a while back during these updates!

And to finish this off, I'm finally adding Beatrix to the collection of figurines!
So head straight for that WebShop if you want to snag yourself a copy!
With that, I'll see you again next week! 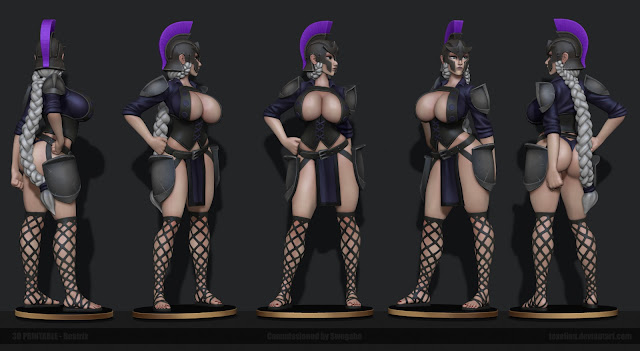