Another Tuesday! Another update!

This week has mostly been spent on upgrading past graphics and layouts.
For one, the various main characters and their alternative outfits have been replaced with the new art style all the female party members have already been switched out with since earlier.
A sample of how they look will surely be shown at a later date, but for now...

I've been tweeking the journal and making it more useful, as you can see in the screenshot below, enemies will now list all of their elemental/state resistances so you can easily look up their weaknesses and don't have to remember what seemed to work against them.
Before this is finalized, I might change the color palette range to letters instead to easier point out what is most efficient against the enemy, and what they are most resistant against.
The journal entries for characters has also been slightly tweaked with their profiles updated, but that change is not as large and mostly just make it look a little better.

And with that, I'll see you yet again next Tuesday as always! 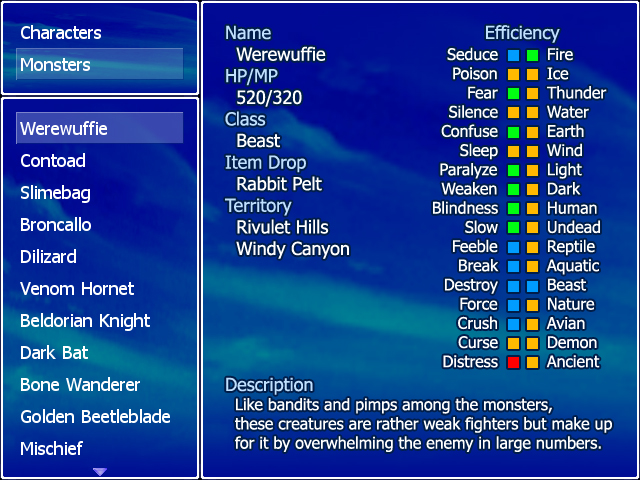