Time for the third woman in this little LoQO: Origin character unveil series! 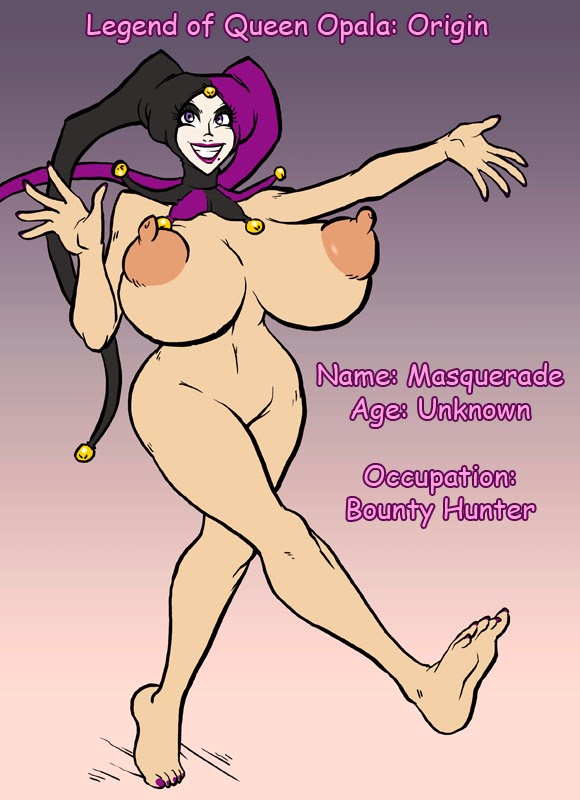 Presenting Masquerade, a psychotic and naturally crazy bounty hunter who'll be hired to track down the main protagonist at a certain point in the story.

Weapon of choise are knives, plenty of them,
and she enjoys stalking her preys, letting them know she's close enough for a kill by the jingling her bells give away while moving.
So she might be a re-occuring enemy you have to fight off several times, but not only in the traditional way...

She isn't necessarily evil, but being more or less a maniac does make good/evil and right/wrong blend together in a way that probably only she understands.