In the last poll, it was asked how LoQO:O should eventually end, with 1661 votes gathered!

Alright, so let's begin with something really important...
Over the weekend, I finally decided to make and setup one of these - Patreon
If it provides enough fundings, I won't need to go back to Offbeatr and will instead let the workflow and remaining episodes come naturally! I still plan to have yearly releases and everyone who already did pledge money when I crowdfunded the first episode will of course still get their rewards!
So, nothing has really changed in the long run...except maybe making the ride smoother. :D

But enough of that, back to the game related news!

The title/reward system was finished the previous Sunday, at long last! It "only" took two weeks, with a total of 30-40 hours of coding and careful structuring to make it all come together, geez...

And in the time between then and now, I also added a gambling system to the game, with dices added for episode 1 and a upcoming strip-poker kinda game planned for episode 2, with the main females in focus! As of now though, I went the extra mile to spice up the dice game and make it more fun by letting you find/unlock different dices you can use when playing.

Next up, focusing all attention to the story and additional side-quests.
So, let's finish up this week by releasing a screenshot of the dice gamble system! 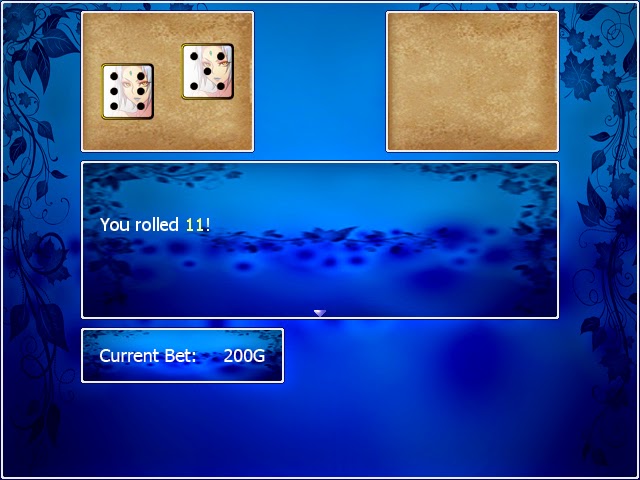