In the last poll, it was asked what you look most forward to in LoQO:O, with 1521 votes gathered!

What's really interesting about these results isn't what you see...but that 24% of the people who voted, aren't even looking forward to the adult parts of the game the most! ;D

Phew, this has been an insane peroid...I've poured my heart and soul to finalize the title/reward structure of the game, and since I began focusing on this last week, I've spent 25-30 working hours on nothing else but coding it! But I'm almost done with that part, and it's turning out really great!
The "Collection" item you could use since LoQOII to view your statistics has gone through a massive make-up and will be the main window to check on your statistics, titles and unlock rewards.

It's also going to let you view each individual location and be notified if you have cleared it, unlocked art chests, found lost illustrations and if the legendary monster has been defeated.
All titles will also have progression bars, so you know exactly what you need to do, and how much of that you need to do in order to unlock titles.
In turn, earning titles will unlock unique rewards to purchase with Golden Tokens that you can only obtain from the rare monster Golden Beetleblade, but some of the rewards will even increase it's spawn rate and/or alert you upon entering a region if it has spawned at all.

So this whole title progression and reward system should bring out everything that was merely working behind the curtains in previous beta versions, and how it'll work in the finished release. :)

EDIT - After much convincing, I finally decided to make...yup, one of these - Patreon
I'll just stealthily add it here, but will mention it more next week, too busy working on the game for now to make any announcement or detailed description. x3

Best of all, whenever the next beta hits, there is no need to restart yet again for the system to become active! And to finish off this week, here is a screenshot of the new and improved "Collection" item use. 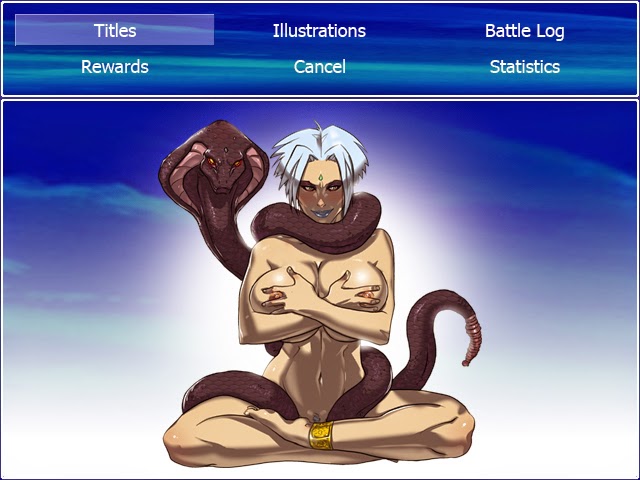