Tuesday update, correctly spelled and everything!
Support me and production of the LoQO games at - Patreon

In the last poll, I asked what funding method you preferred from personal experience, with more/less or pretty much exactly 780 votes gathered!

So this past week, I took a comment into consideration and decided to tweak the dice game to also include a way to play for trading cards, effectively really turning them into trading cards, as you would risk to lose one from gambling or if you trade it away against another one.

How dice gambling works with trading cards, is very much like "Lier's Dice" from Red Dead Redemption, although simplified as you first select the trading card you want from the opponent, and he will select one from you, then you toss your dices and simply guess if your opponent will get a higher or a lower score, first to score in three rounds wins the card you selected from the other one!

And of course, cards you lose through gambling or trading will simply re-appear where you first found them, to make sure you'll never hit a point where you can't collect every single trading card.
So this weekend, before christmas, the next beta will hit with the complete title/reward system available, dice gambling and also trading cards added!

And I'll finish off this week by releasing a screenshot of the tweaked dice gambling, made for cards!
(Due to policy changes for all blogs, this preview has been censored) 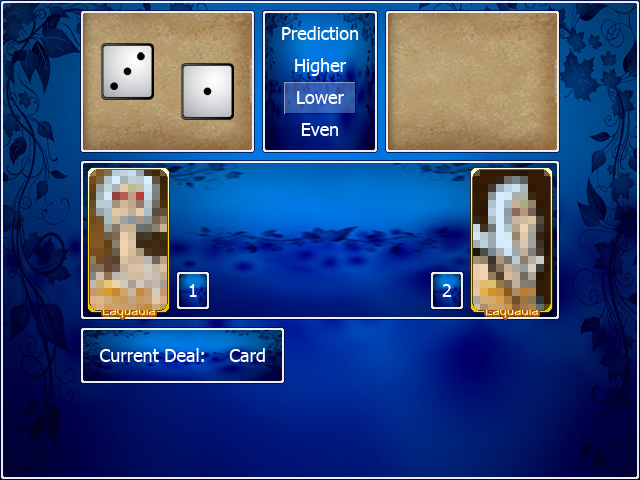