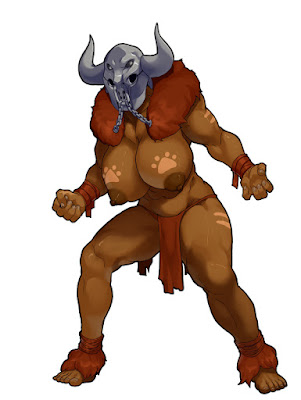 It is dangerous to go alone, take this!
A preview of Naz'Raala's new battlepose!

Like all the other battleposes in this updated style, she too has a downed pose, and you'll get to interract with her more in the next game update too!

Speaking of which, everything is set and ready as I've spent this week filling in the missing gaps and finished adding all the planned cutscenes for llusian Forest.
So next week, on Monday to be precise, the new beta will be out with either a really early morning upload or a late night one.
It all depends on how I end up spending Christmas!

Between now and then, I'll likely be going over and tweaking the new cutscenes while also adding some more optional illustrations stuff and such!

So with that, I'll see you on Christmas Day!
Posted by SweGabe at 4:01 PM