It's been a good week, even though it might not sound like much on paper.
Been fiddling a little here and there on some background stuff, but also adding the two Treasure Map related items to the "Reward Shop" in the Encyclopedia...something that should've been there since episode 1, I just completely forgot all about it for some reason! Dx

I've also been adding more optional camp dialogues, two with Gabrielle and one with teen Farah.
And that's really all I can think of at the moment, I'll be adding a screenshot down below for one of Gabrielle's new dialogues that may sound a bit odd out of context! But it might be just as weird in context too, so...

That's it, I'll have another fresh report for you next week as always! 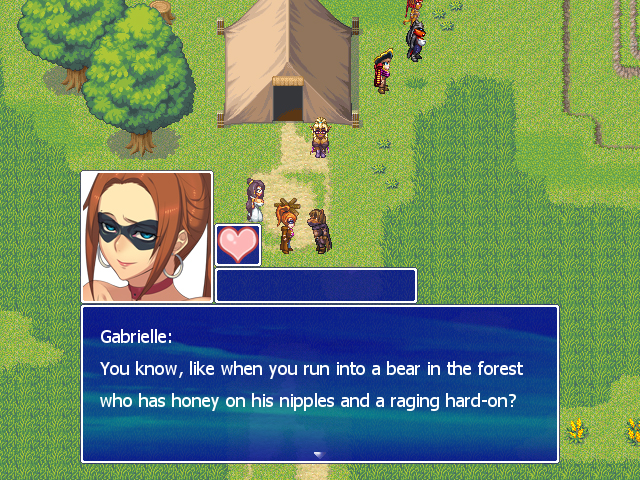